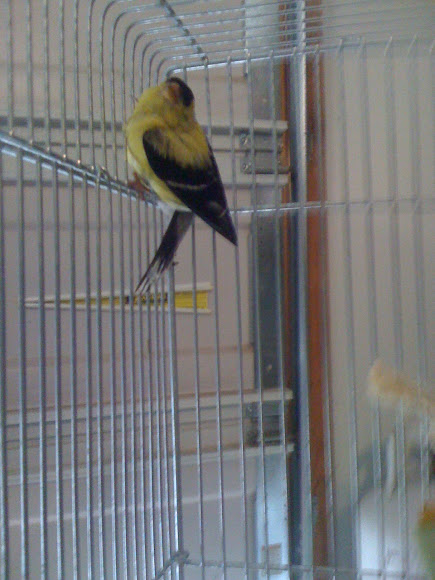 The American goldfinch (Spinus tristis), also known as the eastern goldfinch, is a small North American bird in the finch family. It is migratory, ranging from mid-Alberta to North Carolina during the breeding season, and from just south of the Canadian border to Mexico during the winter. The only finch in its subfamily to undergo a complete molt, the American goldfinch displays sexual dimorphism in its coloration; the male is a vibrant yellow in the summer and an olive color during the winter, while the female is a dull yellow-brown shade which brightens only slightly during the summer. The male displays brightly colored plumage during the breeding season to attract a mate.

Got attacked by my cat, helping him to get better