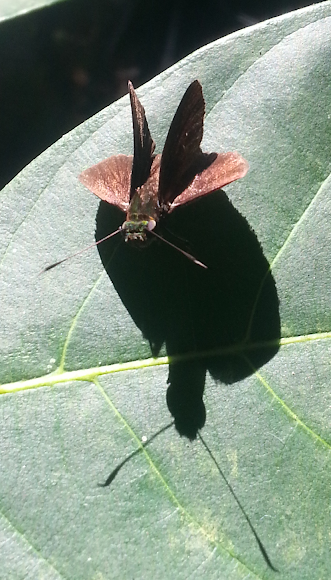 This amazing moth/butterfly appeared just in front of me in the middle of the forest. The cool thing about it is that its wings are half folded, like in the picture. Half of a wing stays vertical and the other half, horizontal. At the beggining I thought there were four wings, but actually no! It flies just like other moths, and when it stops, opens the wings like that.