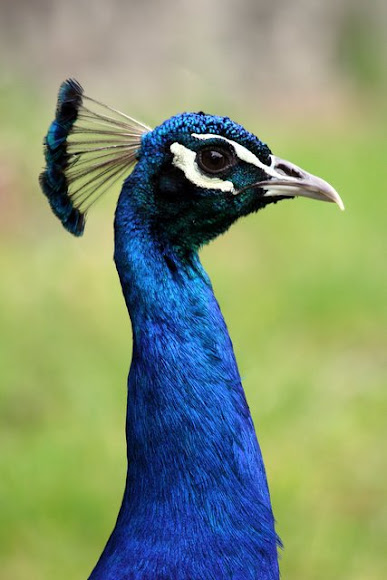 The male is metallic blue on the crown, the feathers of the head being short and curled. The fan-shaped crest on the head is made of feathers with bare black shafts and tipped with blush-green webbing. A white stripe above the eye and a crescent shaped white patch below the eye are formed by bare white skin. The sides of the head have iridescent greenish blue feathers.

Thanks Cynthia, it does look more like a bird than a plant ;)

Hope you dont mind - I changed your listing from plant to bird. Beautiful photo by the way! Cheers Cynthia