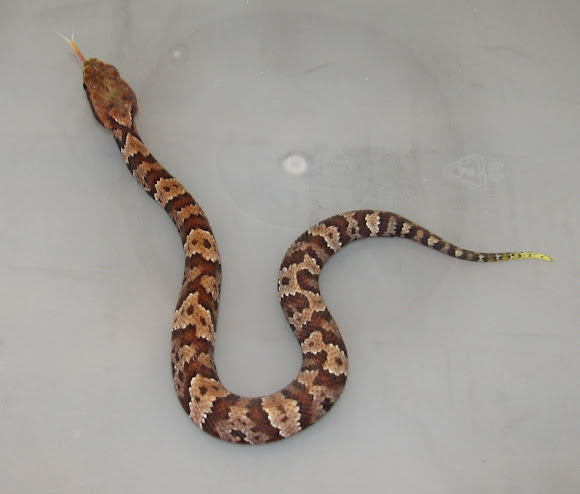 Juvenile - 1.5 feet long, bright yellow/green tail. At this young age, dorsal banding is somewhat similar to copperheads, but darkens as they age and further differentiates its appearance from copperheads.

In SW Missouri, populations can be found along cool, spring-fed rocky creeks. This is a bit of an anomaly, since they are typically associated with swamp like habitat elsewhere.

This is a captive specimen in one of Missouri State University's herpetology labs.

yes sir they are really fascinating...

Thanks Gopal! This was one of my research animals when I was studying them in grad school. They are a fascinating species!

captured the yellow tip on the tail and everything. I've seen them in creeks before, but I've seen far more of them in swamps