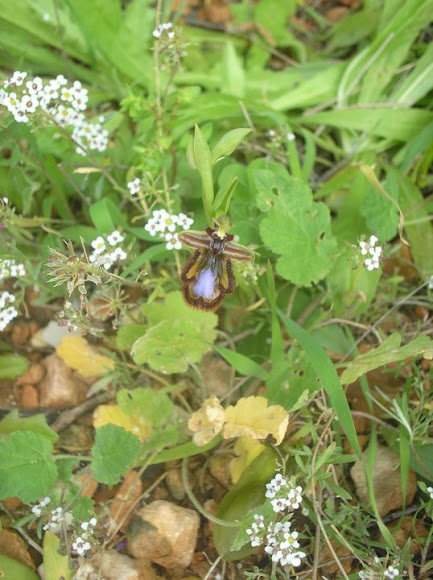 -They are terrestrial or ground orchids from central to South Europe, North Africa, Asia Minor, up to the Caucasus Mountains, but mostly in the Mediterranean region. They are considered the most important group of European terrestrial orchids

the common name of this orchid is bee orchid because the flowers look like bees to attract them to pollinate it. cool. have only seen photos of these in books