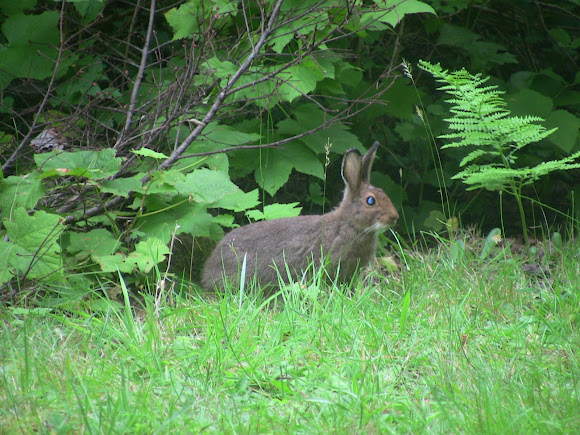 The eastern cottontail is chunky red-brown or gray-brown in appearance with large hind feet, long ears and a short fluffy white tail. Its underside fur is white. There is a rusty patch on the tail. Its appearance differs from that of a hare in that it has a brownish-gray coloring around the head and neck. The body is lighter color with a white underside on the tail. It has large brown eyes and large ears to see and listen for danger. In winter the cottontail's pelage is more gray than brown. (wikipedia)

I was surprised to learn that this little bunny isn't native to my area. The Eastern cottontail was introduced to Washington as a game animal in the 1930s. Due to their large population in my area, I think the bunnies won this game.