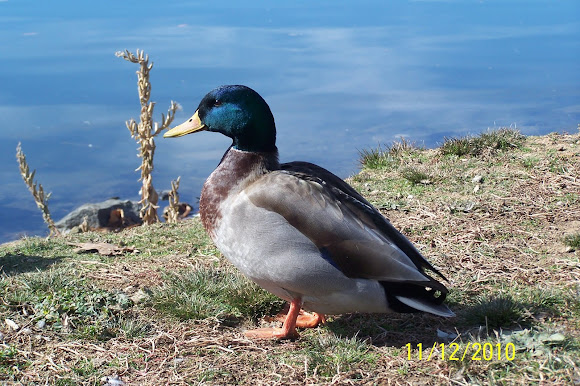 Males and females differ in plumage during breeding season, until the ducks enter an eclipse period where the males and females look very similar. When the male is in nuptial plumage the head is a brilliant green color, and its breast, separated from the head by a white stripe around the neck, is a purplish. Wings are several variations of gray, with a streak of blue or purple lined by thin, white stripes, peaking through from underneath. In eclipse plumage, both sexes are several shades of brown, and the best way to tell them apart is by color of the bill: male mallards have yellow bills, while females have orange bills tinted with black on top.