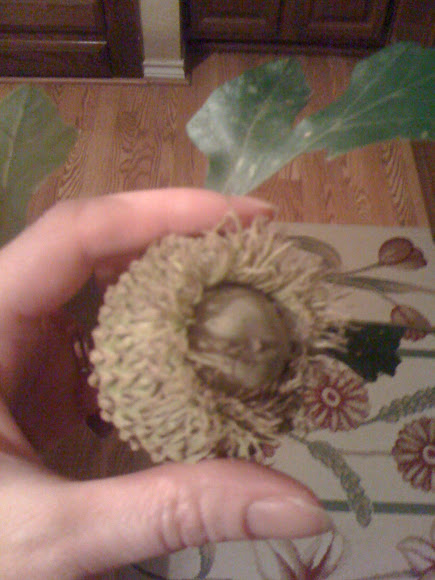 Quercus macrocarpa, the Bur Oak, sometimes spelled Burr Oak, is a species of oak in the white oak section Quercus sect. Quercus, native to North America in the eastern and midwestern United States and south-central Canada. This plant is also called Mossycup oak and Mossycup white oak. It is a large deciduous tree growing up to 30 m (100 ft), rarely 37 m (120 ft), in height, and is one of the most massive oaks with a trunk diameter of up to 3 m (10 ft); reports of taller trees occur, but have not been verified. It is one of slowest-growing oaks, with growth rate of 30 cm (1 ft) per year when young. A 20-year-old tree will be about 6 m (20 ft) tall. It commonly lives to be 200 to 300 years old, and may become significantly older. The bark is a medium gray and somewhat rugged. The leaves are 7–15 cm (3–6 in) long and 5–13 cm (2–5 in) broad, variable in shape, with a lobed margin. Most often, the basal 60% is narrower and deeply lobed, while the apical 40% is wider and has shallow lobes or large teeth. The flowers are greenish-yellow catkins, produced in the spring. The acorns are very large, 2–5 cm (0.8–2 in) long and 2–4 cm (0.8-1.5 in) broad, with a large cup that wraps much of the way around the nut, with large overlapping scales and often a fringe at the edge of the cup.

It occurs from the Appalachian Mountains west to the middle of the Great Plains, extending to central Texas, across southernmost Manitoba, Ontario and Quebec, east to the Atlantic Coast in southern New Brunswick and down the coast to Delaware. Bur Oak is the state tree of Iowa.

It was the first time I saw one growing "in the wild" vs. an arboritum.