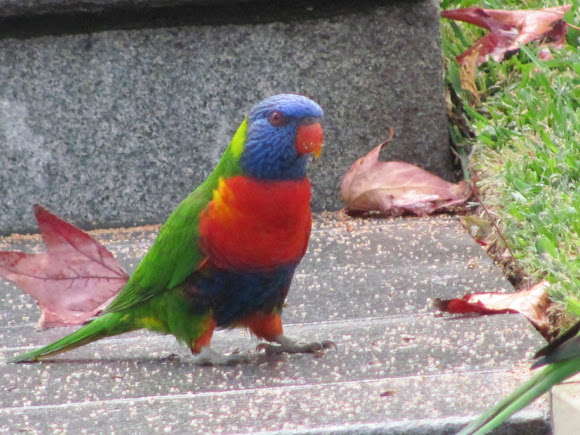 The Rainbow Lorikeet is found throughout Australasia, being particularly common in Australia from Queensland to South Australia as well as Northwest Tasmania. Their preferred habitat ranges from Rainforest to Woodland although, as the above pictures show they can also be found in large numbers in a suburban environment. The Rainbow Lorikeet feeds mainly on pollen and nectar, but this occasionally supplemented by fruit, small insects and seeds. They have been introduced to other areas of Australia as well as Hong Kong and New Zealand. Their colourful plumage makes them popular as pets, however they have a tendency to dominate their environment meaning the chances of spotting smaller birds is likely to decrease if they are present in large numbers.

A suburban environment with a variety of trees and shrubs nearby.