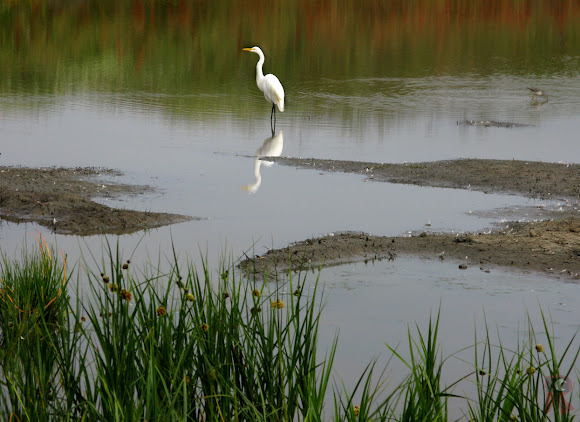 An egret is any of several herons, most of which are white or buff, and several of which develop fine plumes (usually milky white) during the breeding season. Many egrets are members of the genera Egretta or Ardea which contain other species named as herons rather than egrets. The distinction between a heron and an egret is rather vague, and depends more on appearance than biology. The word "egret" comes from the French word "aigrette" that means both "silver heron" and "brush," referring to the long filamentous feathers that seem to cascade down an egret's back during the breeding season.