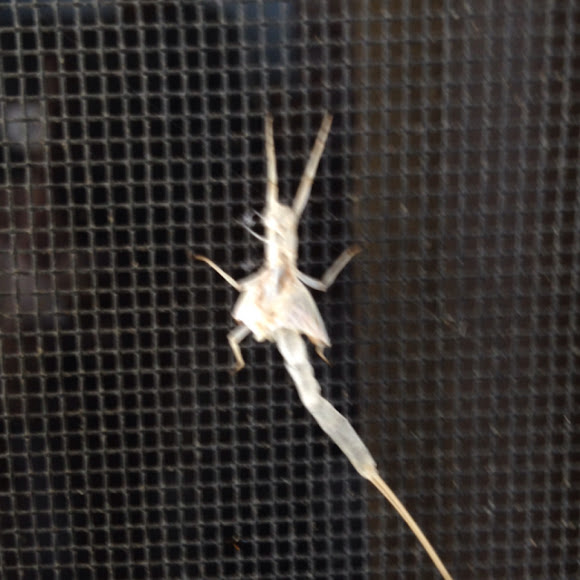 The shed of a Mayfly Mayflies (also known as shadflies or fishflies in Canada) are aquatic insects belonging to the order Ephemeroptera. This order is part of an ancient group of insects termed the Palaeoptera, which also contains dragonflies and damselflies. Over 3,000 species of mayfly are known worldwide, grouped into over 400 genera in 42 families. Mayflies are relatively primitive insects and exhibit a number of ancestral traits that were probably present in the first flying insects, such as long tails and wings that do not fold flat over the abdomen. Their immature stages are aquatic fresh water forms (called "naiads" or "nymphs"), whose presence indicates a clean, unpolluted environment. They are unique among insect orders in having a fully winged terrestrial adult stage, the subimago, which moults into a sexually mature adult, the imago.

Found on a window screen at a cabin at Lake Barkley, Kuttawa, KY