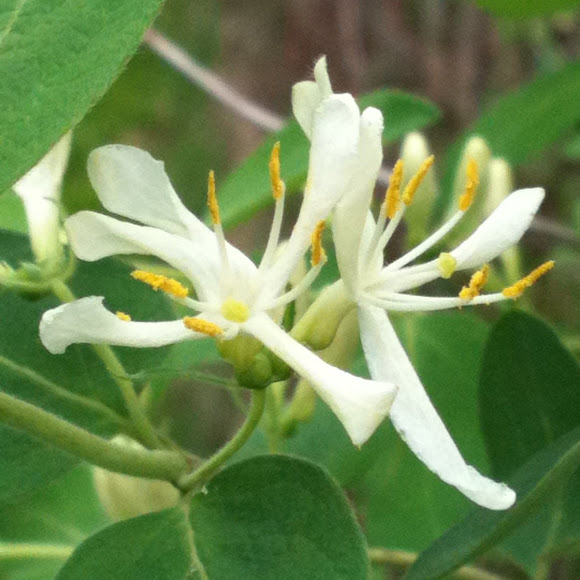 Bush Honeysuckle (Diervilla) is genus of three species of deciduous shrubs in the family Caprifoliaceae, all indigenous to eastern North America. The genus is named after a French surgeon Dr. Dierville, who introduced the plant to Europe around 1700. The bush honeysuckles are low in height (1-2 m), of small to medium diameter (1-2 m), and develop into colonies by means of spreading underground rhizomes. Their leaves are simple, opposite and either oval or lanceolate in shape with a toothed edge. The fall color varies between yellow, orange and red. Small tubular flowers, typically pale yellow, are produced in June and July.

This is actually a bush, not vine. I have an identical bush like this in my yard, except its bloom is hot pink.