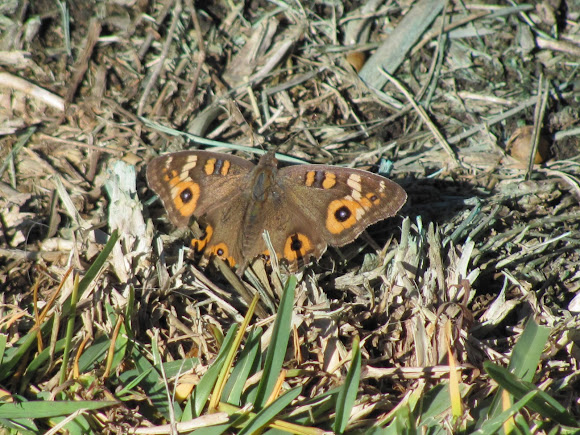 The Meadow Argus Butterfly can be spotted mainly on the Australian mainland, although it is also found in New Zealand and throughout Polynesia. They are often found in Sydney, where they are common for most of the year, migrating northwards in October or November. In the wild, Meadow Argus Butterflies live in forests or woodland but may also be seen frequently in a urban environment. The Larvae eat mostly foliage or wood, although they can also eat small soft-bodied insects or even other caterpillars or butterflies. Adults eat mainly nectar, but to due having smaller mouths than juveniles, rarely eat at all. Male Meadow Argus Butterflies, such as the specimen above are typically smaller than the females. The Meadow Argus Butterfly pictured above has a damaged wing, which is common among their species as the purple eyespots are intended to distract their predators, prompting them to tear off only a small part of the wing, allowing the Meadow Argus to escape.

Small park with many shrubs and trees around.

Also known as the Albin's Hampstead Eye in Britain where it was accidentally introduced .