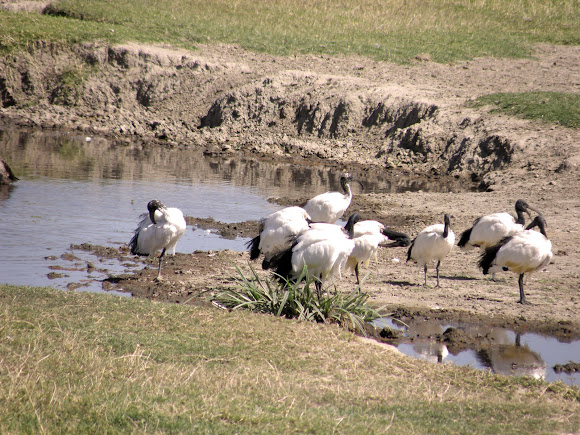 i saw them in Ngorongoro crater

Threskiornithidae, which breeds in sub-Saharan Africa, southeastern Iraq, and formerly in Egypt, where it was venerated and often mummified as a symbol of the god Thoth. It has also been introduced into France, Italy, Spain, Taiwan, and the United States (S. Florida).