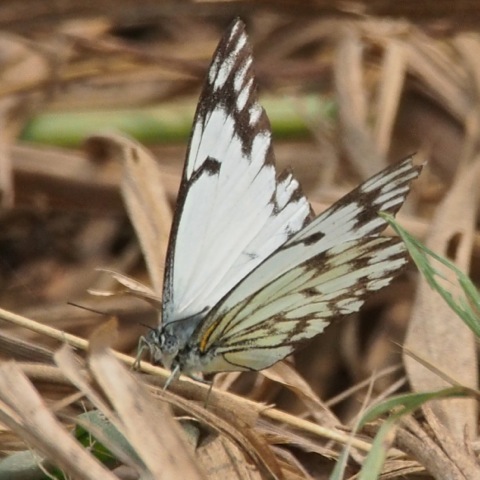 The Pioneer White or African Caper White (Belenois aurota) is a small to medium-sized butterfly of the Family Pieridae, that is, the Yellows and Whites, which is found in South Asia and Africa. In Africa, it is also known as the Brown-veined White, and is well known during summer and autumn when large numbers migrate north-east over the interior.

We stopped the car beside the road after going over a bridge. There was a marshy areal beside the river and this butterfly was nectar-ing at the flowers there.

I think this is near the place where I saw this butterfly. It was between Kyumburo Gorge and Ishasha NP closer to Ishasha NP.