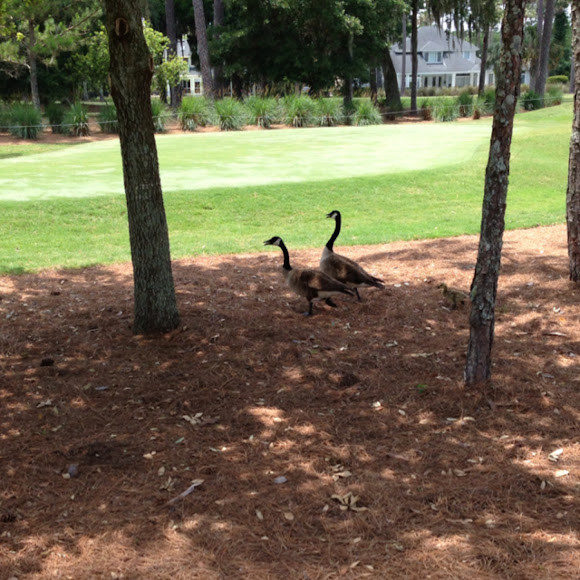 The black head and neck with a white "chinstrap" distinguish the Canada Goose from all other goose species, with the exception of the Barnacle Goose, but the latter has a black breast, and also grey, rather than brownish, body plumage. This species ranges from 75 to 110 cm (30 to 43 in) in length and has a 127–185 cm (50–73 in) wingspan.

This species is native to North America. It breeds in Canada and the northern United States in a variety of habitats. The Great Lakes region maintains a very large population of Canada Geese. Canada Geese occur year-round in the southern part of their breeding range, including most of the eastern seaboard and the Pacific coast. Between California and South Carolina in the southern United States and northern Mexico, Canada Geese are primarily present as migrants from further north during the winter.[

This proud mother and father made a large amount of noise as they walked their gosling down the 3rd and 4th hole of the Tournament Players Championship at Sawgrass, Ponte Vedra, Fl. Pretty funny.