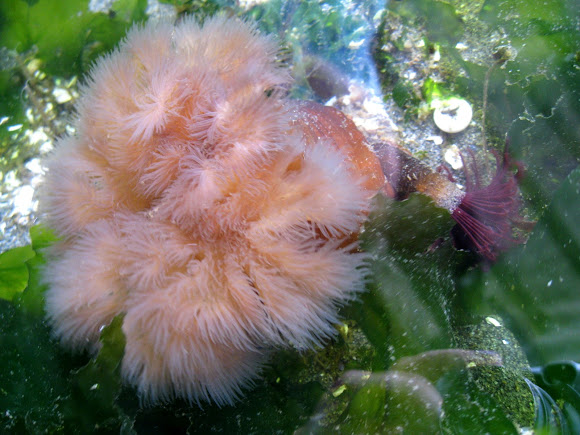 On the left side is a plumose anemone, then on the right side slightly below it is a tube worm. Found at Constellation Park in West Seattle.

It is found on the western seaboard of the United States and Canada. Its range extends from Alaska southwards to California. It is at its most common in Puget Sound and around Vancouver Island. It is found in the sublittoral zone on rocks, mollusc shells, pilings, docks and other man-made structures and even in polluted waters