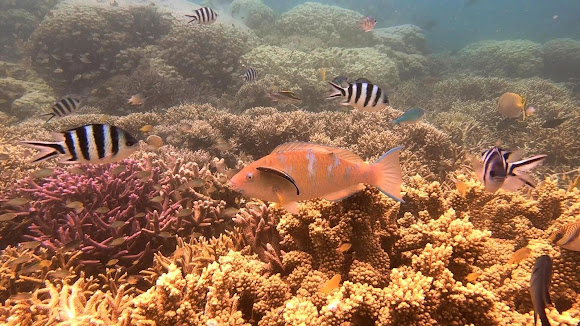 A very widespread range from the Mediterranean through the Indo-Pacific across to French Polynesia. This one found in shallow coral reef edge at about 2 meters deep. Taken a couple of hundred meters off shore from the city of Noumea in New Caledonia still within city limits.

This one observed at a 'cleaner station' being attended to by a pair of Bluestreak Cleaner Wrasse (Labroides dimidiatus). The other main species shown here are the black and white Scissor-tail Sergeant (Abudefduf sexfasciatus).This species goes under many names. Images taken as still from video.