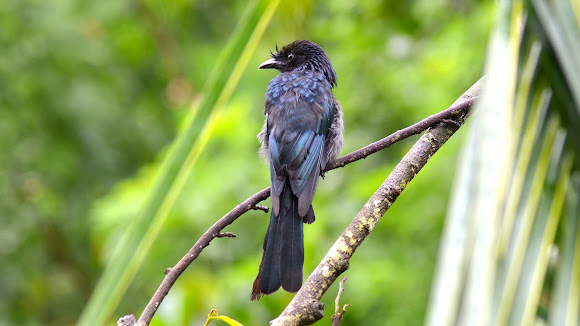 The Fork-tailed Drongo, also called the Common Drongo, African Drongo, or Savanna Drongo (Dicrurus adsimilis), is a drongo, a type of small passerine bird of the Old World tropics. The species was earlier considered to cover Asia, but the Asian species is now called the Black Drongo (Dicrurus macrocercus). They are members of the family Dicruridae.