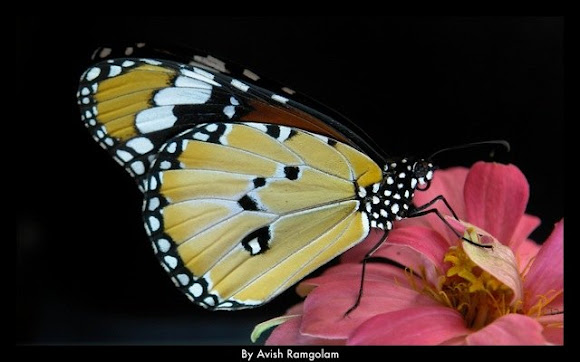 Danaus chrysippus, known as the Plain Tiger or African Monarch, is a common butterfly which is widespread in Asia and Africa. It belongs to the Danainae ("Milkweed butterflies") subfamily of the brush-footed butterfly family, Nymphalidae. It is believed to be one of the first butterflies to be used in art. A 3500 year old Egyptian fresco in Luxor features the oldest illustration of this species.[1] The Plain Tiger can be considered the archetypical danaine of India. Accordingly, this species has been studied in greater detail than other members of its subfamily occurring in India.

thanks a lot dear :) god bless u