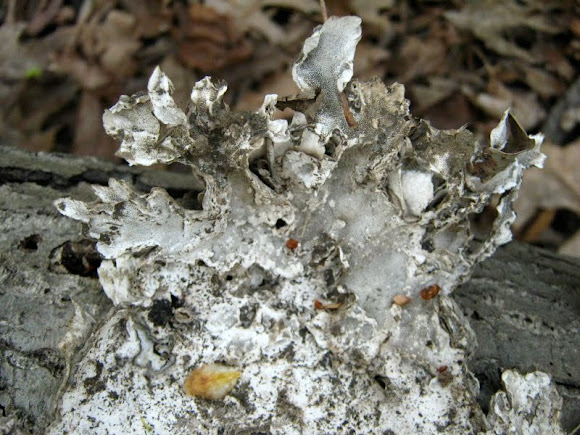 This had pores that were grayish/blue and was a little iridescent as moved your eyes around it. It was really cool. They were gnarly and crusted on a dead log.

No idea, pores were facing upward, grayish/blue pores all iridescent-like. The underside was crusty, margin had a little bit of tan.