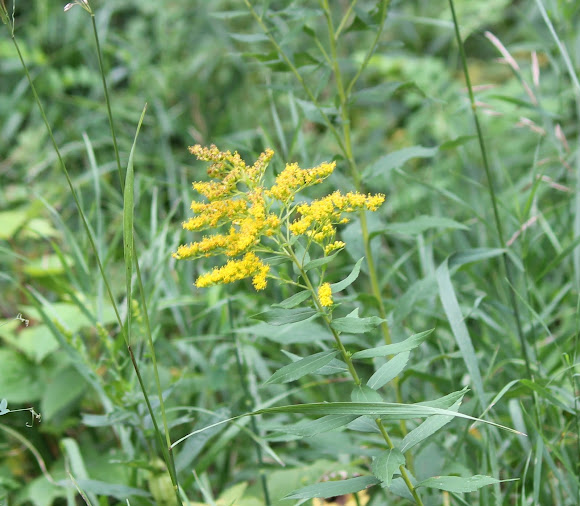 Spotted at Tamarac NWR along the Ottertail River at Chippewa Picnic area. This plant grows almost anywhere and can form large colonies, crowding out other plants. Which shows that just because it's native doesn't necessarily mean it's desirable.