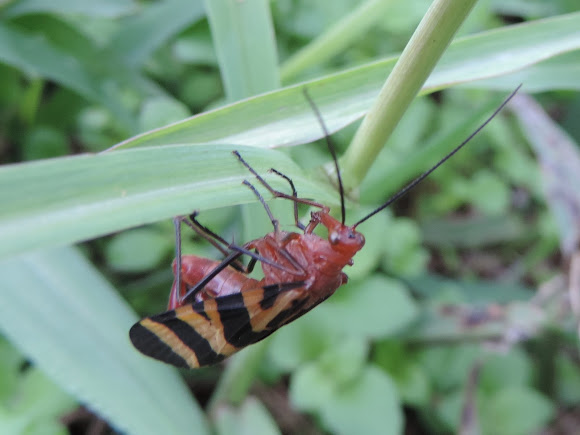 These unusual insects have four similar long, narrow, wings with dark brown marking banded patterns. The head bears long, thread-like antennae and the mouthparts are at the end of an elongated "snout." The body is up to 1 inch long. Males have abdomens with an elongated end that resembles that of a scorpion. Mouthparts are for chewing. Scorpionflies occur in wooded areas and ravines with dense vegetation. Adults feed on mainly dead insects and larvae feed on dead insects, other animal matter and may be predaceous. Courtship behavior involved males vibrating their wings rapidly in front of the female and presenting her with small pellets of saliva which the females eat.

Along the edge of a path through a wooded urban park.

Thanks Luis. These are an odd looking insect :)