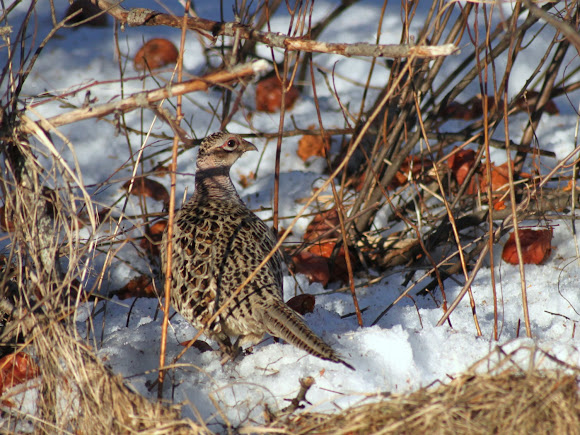 Female pheasant, Pheasants refer to any member of the Phasianinae (Horsfield, 1821) subfamily of Phasianidae in the order Galliformes. Pheasants are characterised by strong sexual dimorphism, males being highly ornate with bright colours and adornments such as wattles and long tails. Males are usually larger than females and have longer tails. Males play no part in rearing the young. Pheasants typically eat seeds and some insects. There are 35 species of pheasant in 11 genera. The best-known is the Common Pheasant, which is widespread throughout the world in introduced feral populations and in farm operations. Various other pheasant species are popular in aviaries, such as the Golden Pheasant (Chrysolophus pictus).