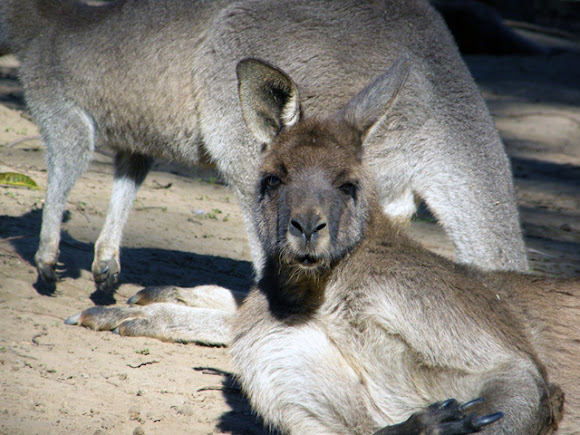 The Eastern Grey Kangaroo is a large kangaroo found in southern and eastern Australia, with a population of several million. It is also known as the Great Grey Kangaroo. A big Eastern Grey male typically weighs around 66 kg (145 lb.) and stands almost 2 m (6 ft.) tall.

Often seen around these parts in open grassland and farmlands