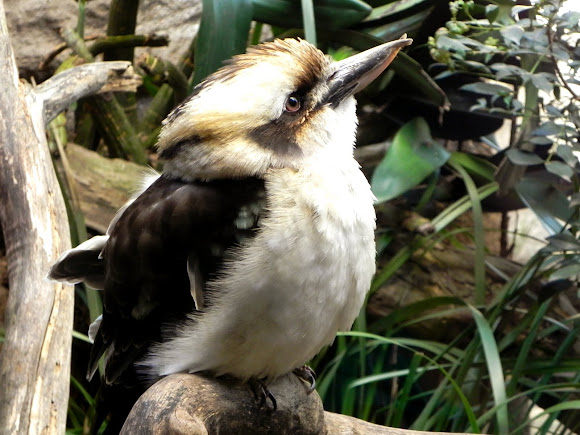 The Laughing Kookaburra, Dacelo novaeguineae, is a carnivorous bird in the kingfisher family Halcyonidae. Native to eastern Australia, it has been introduced to south-western Australia. Male and female adults are similar in plumage, which is predominantly brown and white. A common and familiar bird, this species of kookaburra is well known for its laughing call.

The Laughing Kookaburra is found throughout eastern Australia, and has been introduced into Tasmania, Flinders Island, Kangaroo Island, and the south-west corner of Western Australia. Furthermore, some were also introduced into New Zealand between 1866 and 1880, but only those released on Kawau Island by Sir George Grey survived. Descendants of these individuals are found there today.

I spotted this beautiful wild fellow on a tour in the Blue Mountains.

Marlene..Thanks a lot for sharing..!!