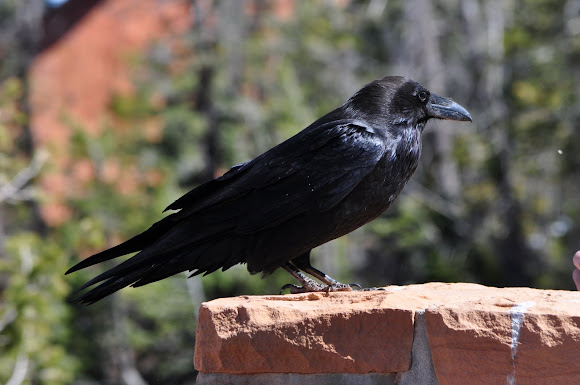 The Common Raven, Corvus corax, is the largest species of all the world's songbirds with wingspans of 48" and body lengths of 24". Ravens are often confused with crows. Although the Common Crow is similar in appearance, it's about half the size of a raven.

Ravens are found in almost every biome in North America, Europe, and Asia but tend to avoid large human populations and agricultural lands (environments crows tend to prefer).