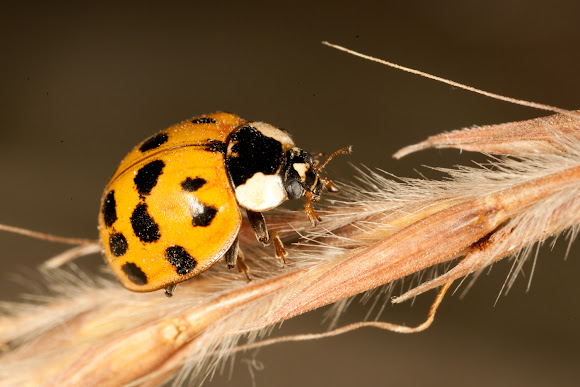 Widespread in the eastern and southern United States.

This insect feeds on scale insects and aphids. There have been several introductions to the United States from its native habitat in northeastern China in an effort to control agricultural pests. It appeared that those introductions were, however, unsuccessful. In 1988, a population was discovered in Louisiana and spread from there into much of the eastern US. It isn't known if this original population was a part of those deliberate introductions or if this was an accidental introduction that thrived.