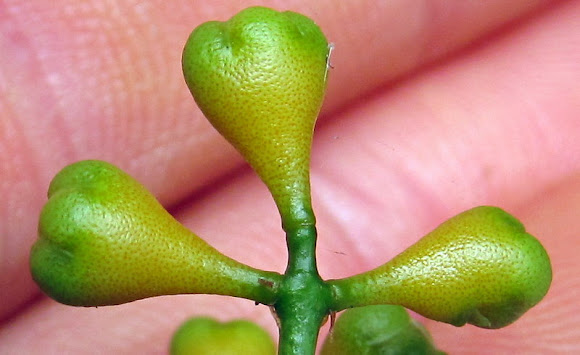 A wasp will lay an egg into the fruit of this tree that will hatch, begin to eat it and release hormones so that it mutates into a sort of protective casing (or gall). Another wasp will then come along, pierce the gall with a long needle-like oviposter and lay an egg on the gall wasp larvae. This egg will then hatch and eat the gall wasp larvae alive, metamorphose and then fly out. OR An Alien comes down to Earth and lays an egg inside a man. The Alien’s offspring starts growing inside of him and he develops into a dangerous mutated beast that eats people. Then, just as the mutated beast is attacking a helpless woman in New York, another Alien comes down and lays an egg in the beast. The Beast is distracted and the woman escapes and then the second Alien egg hatches and eats the developing first Alien. The Beast dies and an Alien flies out of him. Naiads: Shinji & Hitomi Oguchi