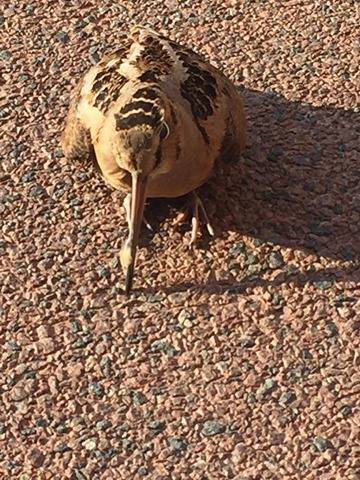 Can we just take a second to admire that an accepted common name for this bird is 'timberdoodle'? That's hilarious. This is kind of an older spotting, by the time Autumn comes around these guys are done with their breeding season and are back further South. The breeding season is the only time the american woodcock can be found in Kansas and much of the northern states.

Mainly around the Southern states and Texas, but breeding season brings it further north to many States.

Have you heard this things call? It's hilarious. Fitting for a bird called a timberdoodle. It's like a Dr. Suess character, I love it.