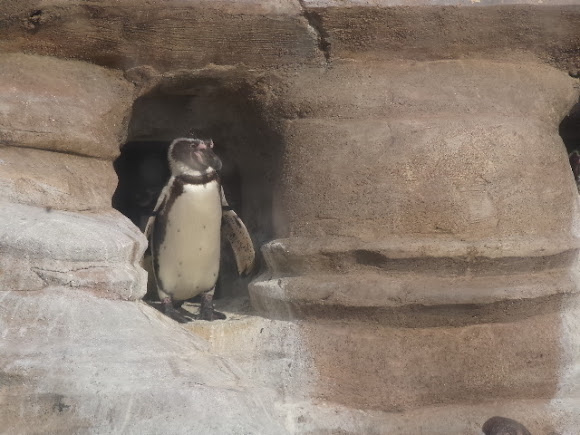 This is a Humboldt penguin at the Sedgwick Zoo. They're named as such because they fish and live near the coldwater Humboldt Current in South America, which is itself named after a Alexander Humboldt. This species is listed as Vulnerable. They nest on islands and rocky coasts. They use guano, scrapes, or caves. Humbolt penguins are related to African penguins, Magellanic penguins, and galapagos penguins. For some reason I didn't think tropical penguins were as common as they were. There's only 18 species and half the ones I know don't live anywhere near ice.

Native to the Pacific coast of South America.