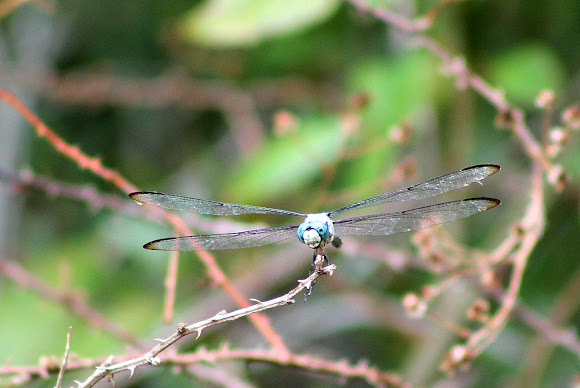 Blue Dashers are one of the most abundant dragonflies in the U.S. Their heads contain large eyes which appear metallic. The female differs from the male in that, her wings do not contain stripes and the abdomens are stubbier. Females also can be seen with yellow stripes along the sides and top. The thorax has yellowish-green striping as well. Juvenile Blue Dashers are not blue yet. They have green and yellow stripes on the thorax and yellow dashes along the side of the abdomen.

Blue Dashers are one of the most abundant dragonflies in the U.S. and can be found near slow moving water sources, marshes and ponds.