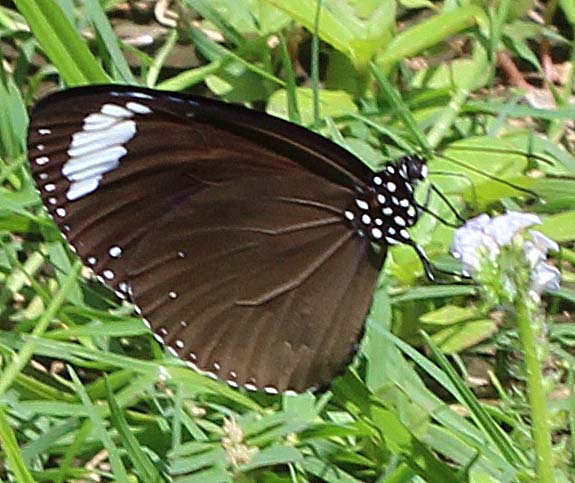 Nymphalidae; Danainae; Euploeini; Euploea tulliolus pollita Erichson 1834. Philippine Lepidoptera states the following: "Danainae is a small subfamily of large, chiefly tropical butterflies having the first pair of legs degenerate in the adult and usually with a disagreeable taste that serves to protect them from predators. They lay their eggs on various milkweeds on which their larvae (caterpillars) feed."

This Purple Crow was spotted in a rice field, in between rice crops, when the land is allowed to rest and wild grasses and plants take over until the next ploughing takes place. There were many wild plants growing, but the pictures show that this species of butterfly has a great preference for a plant locally known as Trompang Elephante (Heliotropium indicum).