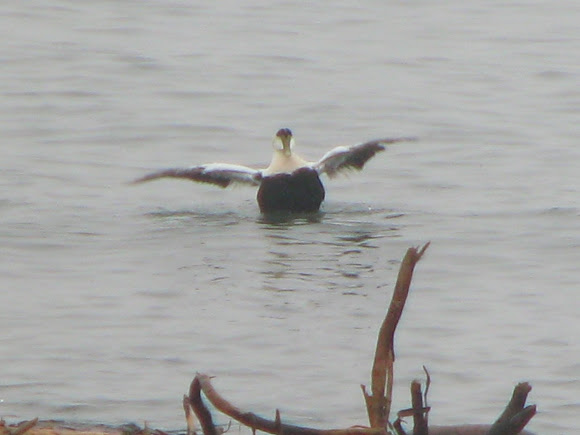 2 male eiders taking a bath; males are black and white and fairly large and chunky as ducks go.

Salt water, along shoreline where they dive for food

These were spotted along the Bay of Fundy where there are huge numbers of these guys. During the day you see small groups of males which the female and mixed groups appearing early in the morning and late in the day. There are often scoters swimming with these groups.