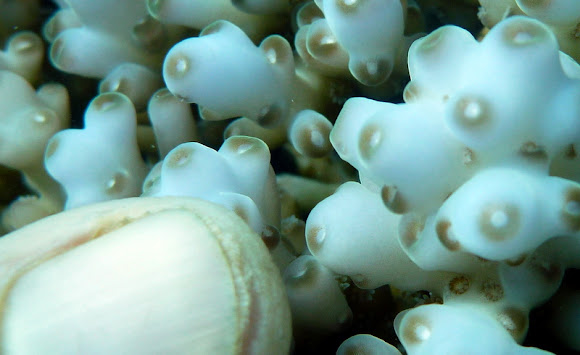 This coral is listed as threatened. A Brief History of Reefs on Earth The first reefs existed 2000 million years ago They were rock building algae called Stromatolites that lived in oceans full of bacteria and algae. Then the world completely froze and about 600 million years ago defrosted. This brought in the age of Archaeocyath Reefs, ice cream cone-shaped bacteria-filtering sponge-like creatures. The Cambrian-Ordivician extinction killed them all off bringing about the age of the Bryozoan Reefs which are colonial rock building worm-like creatures and with them came the Rugose or pipe-organ like corals (These reefs are what you walk through when you walk through a cave with stalactites in it). Then came the Great Permian Extinction, volcanoes, collisions, sudden release of methane from the sea floor, lots of CO2 and corals are almost completely gone for millions of years. Then came the age of Scleractinian Corals (modern corals) Dinosaur extinction (70% of corals die) Corals regrow and radiate into what is now the Age of Acropora. Then came us. Guardian: Sarah Chester