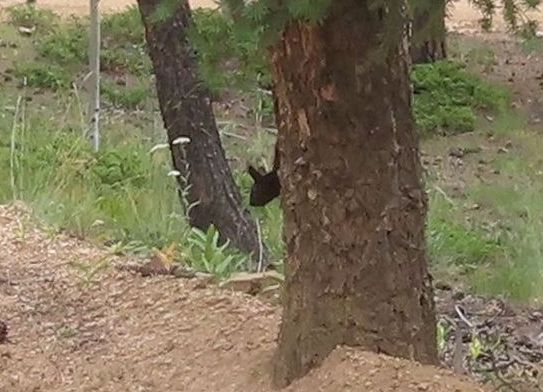 A frustratingly shy squirrel, the Abert’s squirrel is distinguished by its coal black coat and long tufts on its ears. it is a medium sized squirrel and, while abundant, seldom still long enough to catch more than a fleeting glimpse as it goes from tree to tree. There are 9 subspecies divided by location.

This particular subspecies is restricted to the Rocky Mountains of central Colorado. These two were seen along a road in a Ponderosa pine forest in the Colorado Rocky Mountains at an elevation of 2,800 masl.

I saw several of these, but normally just a dark blur running between trees. These are the only ones I could get and it was from a moving car, but sill proof that I saw them :-)