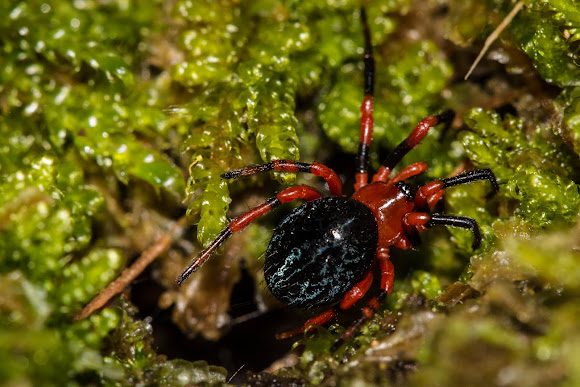 Family: Nicodamidae. Despite the red colour of this spider its venom is not dangerous. At most, it may cause a local reaction around the bite site. Male: Similar to female. Female: Body and legs commonly bright red, abdomen black, but varying orange to dark red, sometimes with a bluish tinge

The redback spider is probably native to Australia; however, it has been suggested that it may have been spread to Australia by human activities, because it was first found at seaports.

That's a cracker! I love the headlights on in pic 2. Aus has a whole lot of red and blacks.