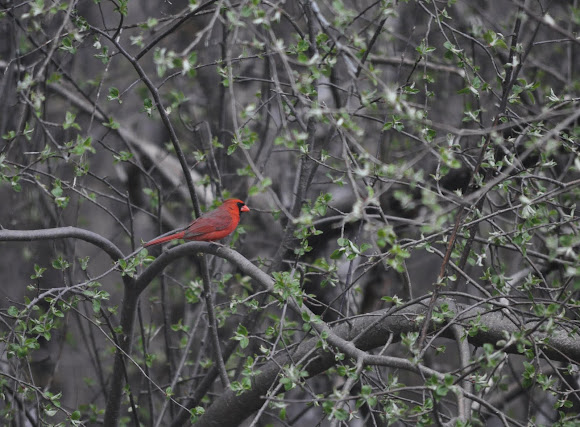 Cornell: "The Northern Cardinal is a fairly large, long-tailed songbird with a short, very thick bill and a prominent crest. Cardinals often sit with a hunched-over posture and with the tail pointed straight down. Male cardinals are brilliant red all over, with a reddish bill and black face immediately around the bill. Females are pale brown overall with warm reddish tinges in the wings, tail, and crest. They have the same black face and red-orange bill."

In a part of the world where native birds tend to be reserved in their plumage -- beautiful, yes, but not often showy -- the cardinal stands out, especially in winter and early spring before color has returned to the forest.