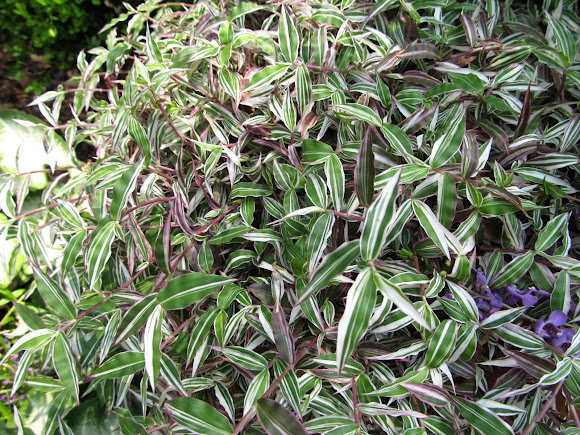 Cultivation It is commonly available and used as a houseplant and groundcover. Propagated by cuttings, this plant can be moved or manipulated easily as its runners cling lightly to the ground (if used as cover). It tends to become an Invasive species if not properly maintained. [edit]Medicinal Is commonly used in southeast Mexico in the region of Tabasco, as a cold herbal tea, which is named Matali. Also commonly used as a lubricant in China.[citation needed] skin irritation may result from repeated contact with or prolonged handling of the plant — particularly from the clear, watery sap (a characteristic unique to T. zebrina as compared with the other aforementioned types).--http://en.wikipedia.org/wiki/Tradescantia_zebrina