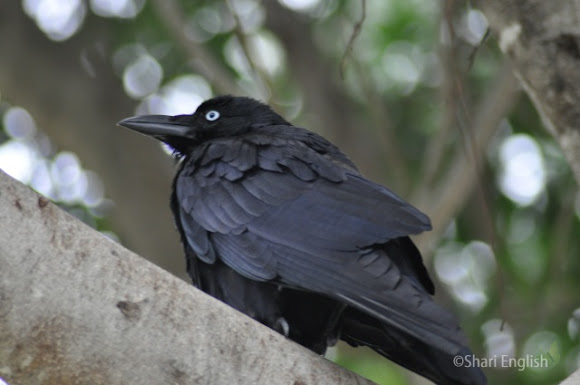 Also known as the Australian Crow, a glossy black bird with a blue-violet sheen and only has some white plumage at the base of the body feathers. The tail is long and broad with a squared end.

Native to Australia, found in nearly all habitats, especially common in urban areas and backyards.

This crow was spotted at Southbank Parklands in Brisbane QLD. These are very common and often considered a pest but they do have an important role to play in ecosystems. Hopefully people can see some beauty in them especially this ones beautiful eyes!