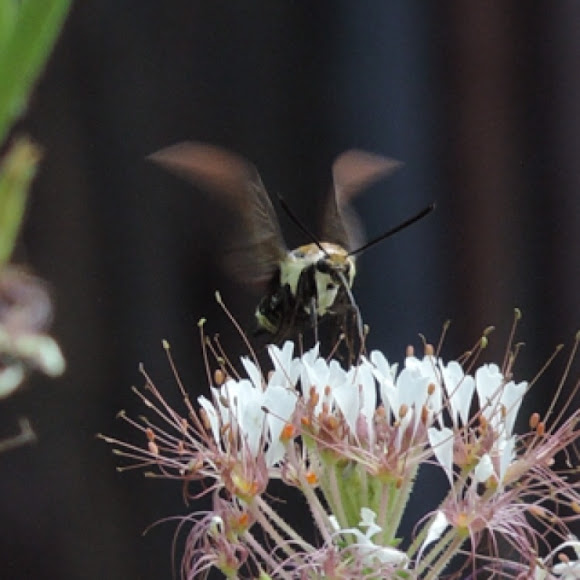 Adults are quite variable in appearance; Bumblebee mimic. The thorax is golden or olive-golden in color, abdomen is black dorsally with 1-2 segments just prior to terminal end being yellow to various extent, while black ventrally. H. diffinis is the only eastern species to exhibit blue abdominal tufts on the first black segment in some freshly emerged specimens. Wings mostly clear with reddish brown terminal borders and dark scaling along veins. While wing maculation is too variable to be 100% diagnostic, diffinis typically has very thin terminal borders and the discal cell is elongate and without scales. However, diffinis can always be distinguished from gracilis and thysbe by two diagnostic characteristics: 1) the black band that crosses the eye and travels down the lateral side of the thorax; 2) diffinis always has black legs.