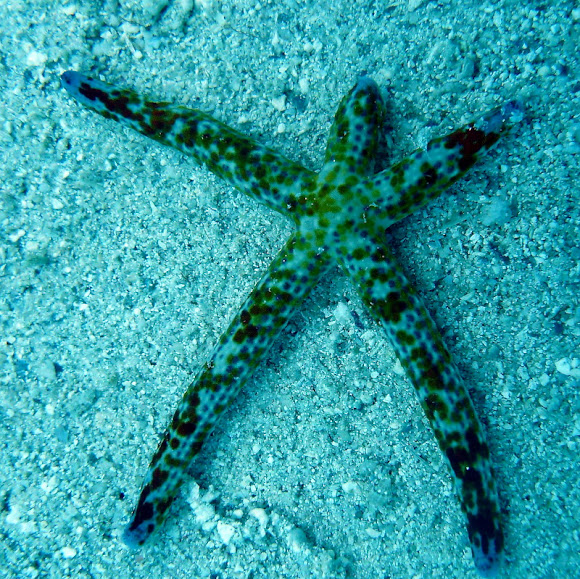 Sea Stars always move with the same arm in front, they have a leading arm; A leader. I am not sure how it becomes so, perhaps they debate who is better and vote or more likely there is some test of strength and whoever pulls the hardest; leads. This can change when a Sea Star is attacked, the leading arm may be trapped by a Triton Shell and the others will walk away tearing themselves from the victim. Curiously, the arms sometimes separate if they become stressed, it is as if they have an argument or a political dispute and then split apart, each growing new arms and becoming its own boss. Guardian: Carys Edwards