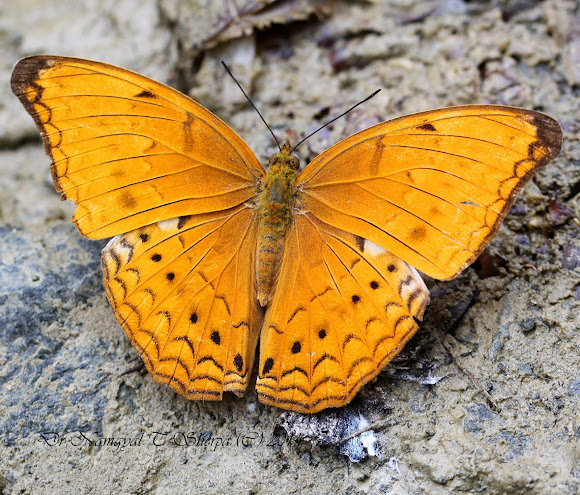 Spotted this with other butterflies feeding something on the road. Had great difficulty in getting the correct angle as it hardly opened its wings fully, side view was also not possible because vehicles on the road prevented me going down on all four! To complicate the situation some three species went on shuffling among themselves, and the light was failing!!

Thanks armadeus for the encouraging comments. I think projectnoah is all about that! Hurray, long live projectnoah!

Your patience and hard word really paid off DrNamgyaIT.Sherpa!!! Absolutely beautiful shot. Thank you for sharing :)

Thanks suz, Marta, nrvero and Reza for making it favourite.

But the reward is real pleasant. Thanks suz, anyway.

What a beauty! And sounds like you had to work hard to get the photo, too :-)

Thanks Ana for making it favourite.