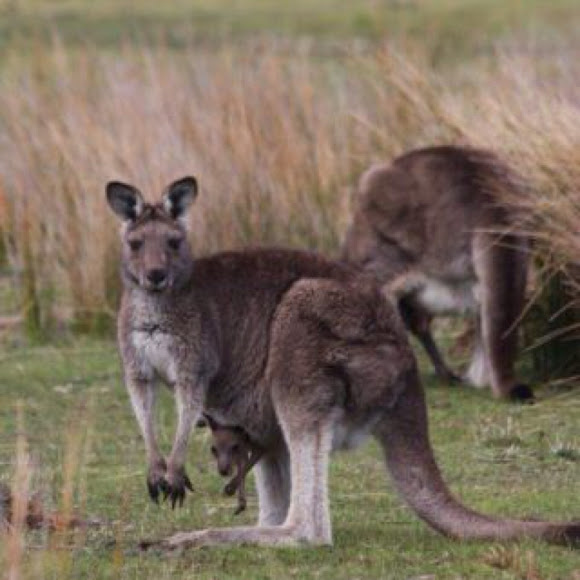 At this time of year - mid august-most of the females appeared to have pouch young, though were relatively bony due to the reduction of feed available during winter - a study is being conducted on this particular group, so all were tagged.