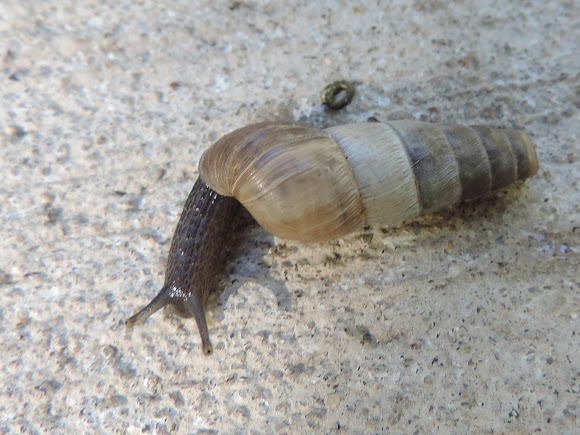 On the path through an urban park.

Just discovered these snails when I moved. I had seen the empty shells, so now I know who inhabits them :)

Cool looking shell never seen one like this before