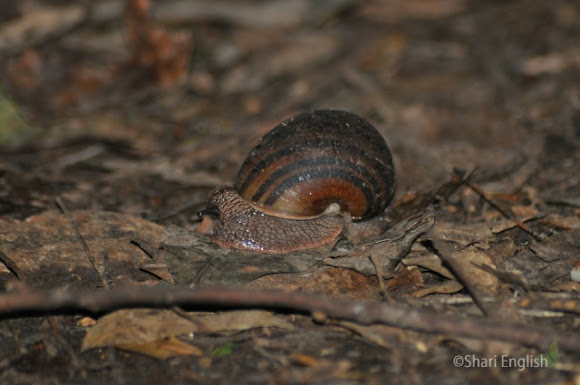 The Giant Panda Snail has a shell diameter of up to 70mm. It is Australia's largest land snail. The animal is brown to grey with black tenticles. The large shell is smooth, dark brown with darker brown "broken" spiral markings.

Commonly found under logs or in leaf matter in rainforests. The key localities are Mt Glorious and Lamington National Park.

This snail was spotted on Mt Glorious while I was undertaking a spotlight for gliders. Unfortunately no gliders but stumbled across this guy and was delighted to find later when I identified it that it was such a fascinating one!