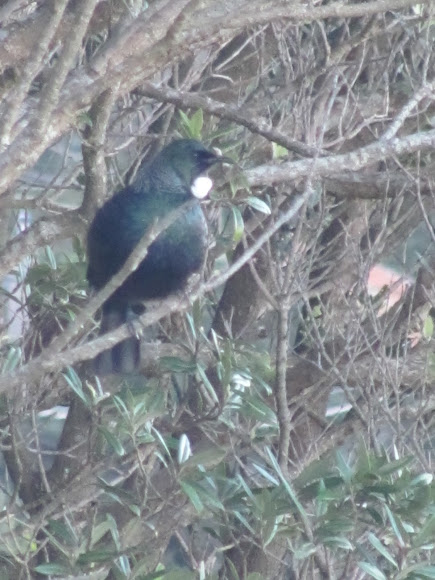 The Tui is a populous bird of the honeyeater family that is native to New Zealand. The Tui feeds mainly on nectar and pollen, from the flowers of the Kowhai, Pohutukawa and flax in particular. Their habitat can range from more sparsely vegetated urban areas to dense forest areas, which is their preferred habitat. The Tui is known for its beautiful plumage and strange calls. Tuis can produce a great variety of sounds due to their two voice boxes, which include everything from melodic singing, clicks, guttural groans, chirps and mimicry. Males Tuis are distinguished by a tuft of white feathers on the breast. This, according to Maori legend is worn by the Tui as a penance for not coming to the aid of Tane Mahuta the forest God during a terrible plague of insects, with the white feathers symbolising cowardice. The Tui is fairly common in New Zealand, but its numbers are decreasing due to habitat destruction.

Early European settlers called the Tui the Parson Bird, but this term on longer used.