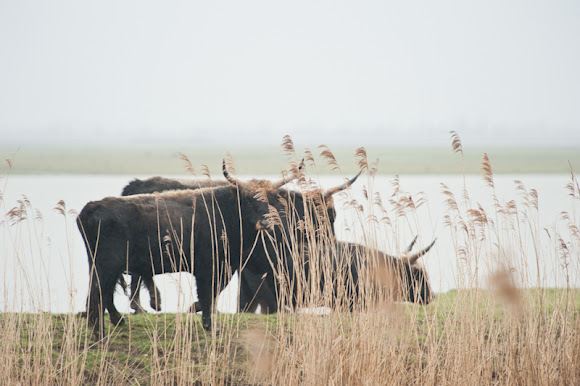 Heck cattle were developed in the early 20th century by the Heck brothers in Germany in an attempt to breed back modern cattle to their ancestral form, the aurochs, Bos primigenius primigenius. Heinz Heck working at the Hellabrunn Zoological Gardens in Munich began creating the Heck breed in about 1920. Lutz Heck, director of the Berlin Zoological Gardens, began extensive breeding programs supported by the Nazis during World War II to bring back the aurochs

In the Netherlands we put out Heck cattle in national parks to diversify.

sttweets, that's means it was a success attempt's since they were all looked like ancient cattle.