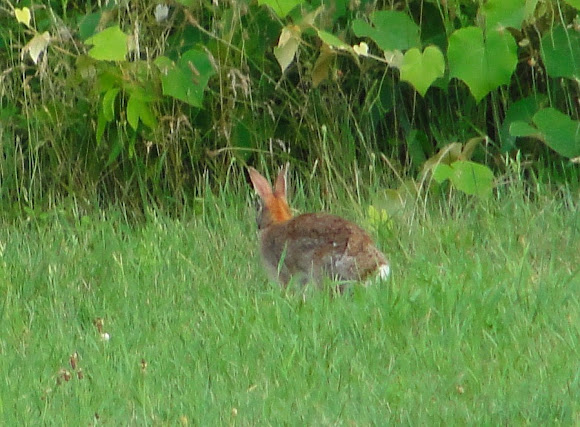 The eastern cottontail is chunky red-brown or gray-brown in appearance with large hind feet, long ears and a short fluffy white tail. Its underside fur is white. There is a rusty patch on the tail. Its appearance differs from that of a hare in that it has a brownish-gray coloring around the head and neck. The body is lighter color with a white underside on the tail. It has large brown eyes and large ears to see and listen for danger. Eastern cottontails eat vegetation almost exclusively; arthropods have occasionally been found in pellets.[ Some studies list as many as 70 to 145 plant species in local diets. Food items include bark, twigs, leaves, fruit, buds, flowers, grass seeds, sedge fruits, and rush seeds.