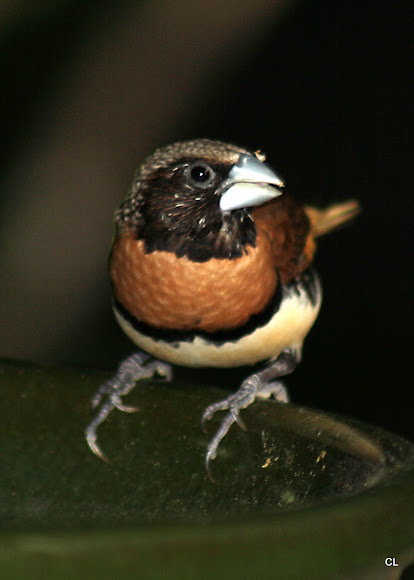 Distribution The Chestnut-breasted Mannikin is found across northern and eastern coastal Australia, from the Kimberley region, Northern Territory, to the Shoalhaven River, New South Wales. It is also found in New Guinea. Seasonal movements Locally nomadic, especially in the north. Can form flocks of several hundred birds.

The Chestnut-breasted Mannikin is found in reed beds, long grasses, swamps and mangroves.

Thanks Shari and auntnance123... Definitely AUSSIE!!! Lives in my Area too, but I have not seen them in the wild!!

It is most definitely Australian =) Gorgeous little bird!